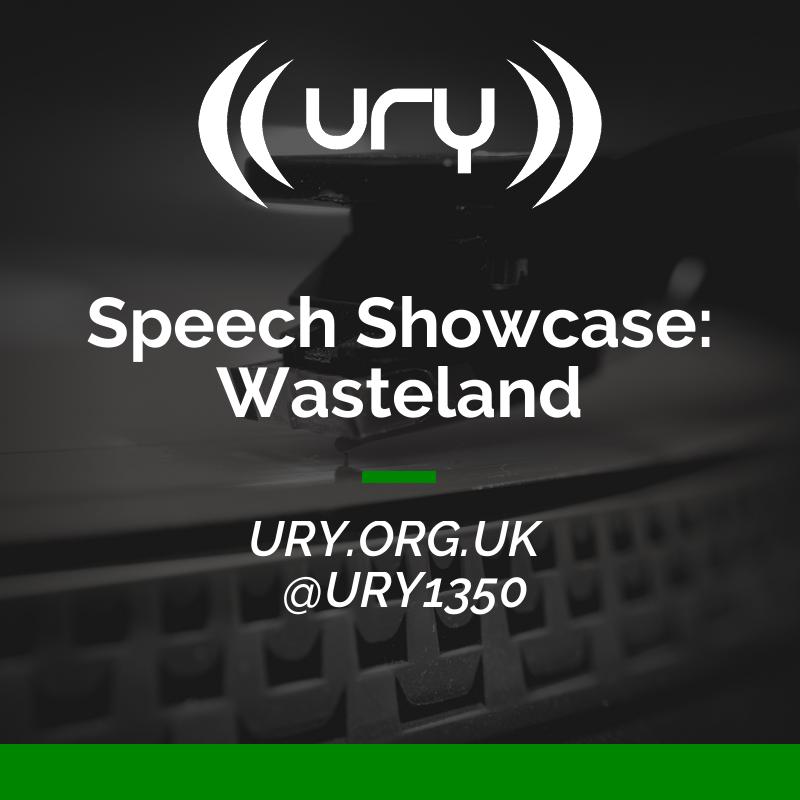 Speech Showcase series presents the newest and best fiction material appearing from URY! Tune in for your fix of drama, comedy and something inbetween

The wasteland spans the country that used to be Britain. The people within are no longer British. Rather they are Galli, slavers, traders, NEM and rebels. War rages, touching every part of the wastelander’s lives. But will they be able to make something of this forlorn world, or will the wasteland swallow them whole?
This show is written and directed by Hannah Fitzgerald, produced by Connie Blach and Hannah Fitzgerald.
Starring Thomas Cornell as Watcher (ROB), Jessica Bellamy as Brenna, Sam Pittman as Frank, Abel Kent as Hal and Jessica Schofield as Click. Also featuring Geo Craig as Greg, Filippo Del Bo as Fosforillion and Al Dixon, Zoe Pavey and Adam Forsythe as background.
Share:

Explore the show catalogue, and listen back to your favorite episodes!

Catchup with the latest episode from Friday, 20 Nov 2020