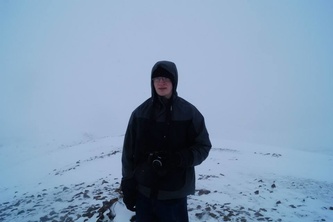 Join computing team or I will eat your soul. Maybe. Probably Not.

I tend to lurk around URY and wallop the computers sometimes. On occasion, they do my bidding and work nicely. Other times they enjoy causing much anguish and mutterings of 'well why is it doing *that*?'. But usually they are nice and friendly.

At one point I was Assistant Head of Computing, a role which I excelled in doing not very much in committee wise, but I did quite a few things around behind the scenes. But then I ended up as Head of Computing, and did a little bit more stuff. By some sequences of events, I ended up doing the same thing in YSTV. And then I graduated, so that was that.

I had a show, yes! I played music on it, which was sometimes off-the-beaten-track in nature.

After five years, I still managed to graduate despite spending far too much time in URY and I now work in the software industry.